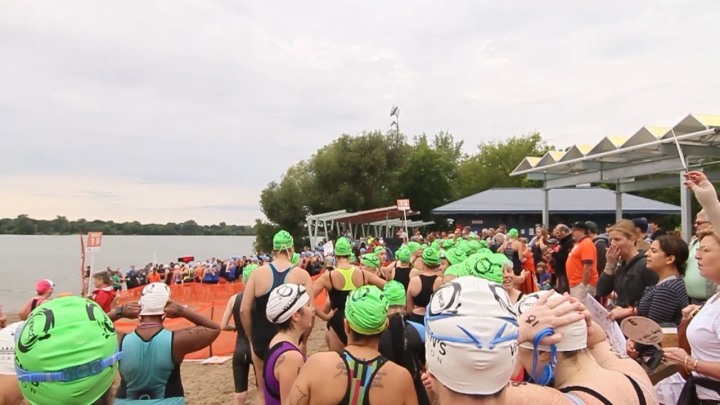 We helped create a social and content strategy to help promote the event, designed a high-impact media kit to send to key media contacts and assisted with a PR plan to help drive racers and attendees to the triathlon. We helped create buzz and show people how the 10th annual YWCA Women’s Triathlon would be a can’t-miss event, gaining local and national earned media, and promoting through social and long-form content.

From the case study on Neuger’s website: Because of the combined efforts of the media kit, public relations plan and social media posts, the YWCA team was able to effectively promote the event months beforehand. More than 1,500 female athletes registered, and the race drew more than 3,500 spectators to Lake Nokomis in Minneapolis.

And of course, I had to try it for myself. I did the bike leg with a group, and it was a blast! Photo by the YWCA of Minneapolis.

Marketing professional and amateur writer, mostly eating, dancing and adventuring my way through life. Learn more about me.